Early yesterday evening, one of our volunteers decided to take her dogs for a walk at Emo Woods, not realizing how distressing her evening was about to come. On entering the woods, she could hear a puppy yelping in the distance and she followed her dogs lead towards the yelping. Arriving close to where the yelping was coming from, a gentleman who was also out walking his dog, told the volunteer he had found a puppy but couldn’t get to it. On further investigation she found the puppy, way down at the bottom of a ditch. Between the volunteer and the very kind gentlemen they climbed into the ditch. As soon as they touched the puppy it just started yelping. They sat with food and reassured it and with pure adrenaline they got him out. Our volunteer immediately took the puppy to Vet Care. It was only then that she got the shock of her life. In the light of Vet Care’s waiting room, she got to see the extent of the puppies injury. He was seen immediately by the vet.
He had deep lacerations to his neck, most likely from an ingrown rope or chain that had been there for a number of weeks.The wounds were foul smelling, grossly infected and a thick green discharge stuck to his hair creating matts over most of the wounds. He was in a severe amount of pain so was given a strong dose of painkillers along with antibiotics and bedded up safe for the night.
This morning, Woody, as he has now been named, was sedated and put under general anaestheic to have his neck shaved. It took twenty minutes and three clipper blades to remove the matted, pus soaked hair. He was severely bruised either side of the openings. The wounds were thoroughly flushed and cleaned with an antibacterial wash and it was decided that the deeper wounds had to be stitched.
Woody is on two different antibiotics and two sets of painkillers that are being given to him twice daily as the pain is excruciating.
He is going to need his wounds cleaned three times a day and this is going to take about 15 minutes each time, and it is going to be excruciating pain for him each time….
WHAT kind of EVIL person could do something like this??? This little boy is still a puppy, he is only about 3 months old.
To whoever did this, you slept every night while this boy was hurting and then instead of asking for help, you took this poor little boy into the woods, found a ditch and chucked him away like rubbish, hoping no one would find him. This is just barbaric cruelty!!! There is NO excuse for cruelty of this degree!!!
This little boy is going to need weeks of veterinarian care. There are chances of him getting abscesses and infections, which is going to be excruciating for this little boy. He is going to take up a foster 24/7 as it is not only his wounds that are worrying for us, but this little boy is petrified. He is going to need a lot of love and attention to regain his trust and get his confidence back.
We are stretched to the limits with fosters and this little boy’s vet bill is going to be very high with all the care he needs and deserves. We are appealing for your help. If you could help by donating just €4 via our text donate ‘LSPCA’ to 50300, or you could go into Vet Care or phone them to pay a little off our bill, or the LSPCA Charity Shop in Hynds’ Square. Every little bit will help us to keep helping the animals like Woody that are in our care. Thank you for your continued support. 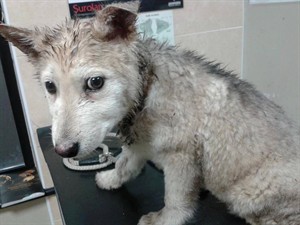 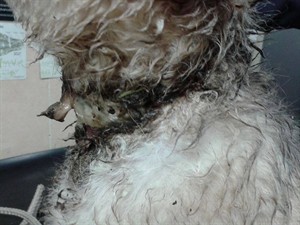 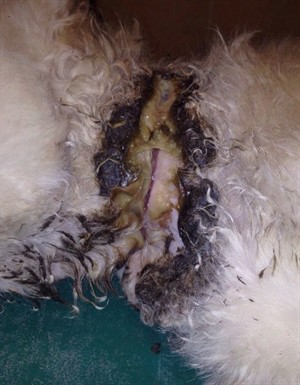 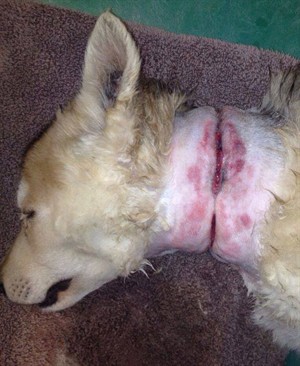 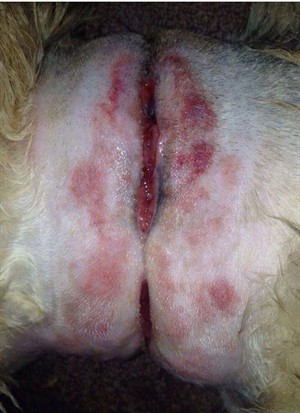 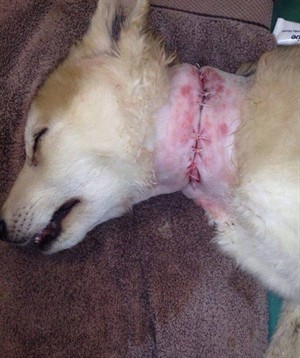