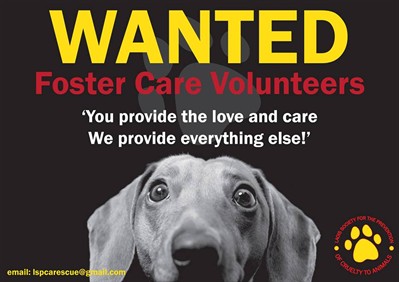 10th Dec 2014
Do you love dogs of all sizes but cannot commit to one of your own? Would you love company for the dark winter nights? The Laois SPCA is looking for voluntary fosterers for the dogs in their care. All veterinary costs are covered and food, bedding, and a crate will be supplied – all you […] 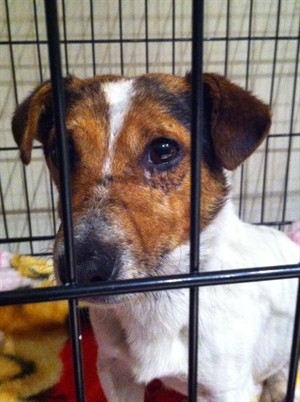 4th Dec 2014
Please be more aware than ever about people going around stealing dogs. At this time of year everyone needs money for Christmas but the majority of us do not cause misery to animals and other people to get it. However, there are some who do not care and will steal anything to make themselves some […]

29th Nov 2014
MAKING SURE YOUR CATS ARE SAFE We often have people worrying about their cats if they live near a busy road or if they don’t want their cats straying into other people’s gardens. Here is a job that was done in one of our volunteer/fosterer’s garden. It ensures that the cats cannot get over the […]

21st Nov 2014
A big thank you to Laois Shopping Centre for allowing us to hold a food appeal there yesterday. Thank you also to all the kind people who donated to feed the animals in our care, they all greatly appreciate it.

15th Nov 2014
We regularly advertise that we run a Trap, Neuter and Return scheme where we provide humane cat traps, neuter the cats and return them back to the area. Under no circumstances, should these traps be used to trap cats to release them UNNEUTERED onto farms.

23rd Oct 2014
We have had a report of a man on the Block Rd, Portlaoise selling Persian rugs. He also seems to be showing a lot of interest in dogs in gardens and has offered to buy one from an owner. 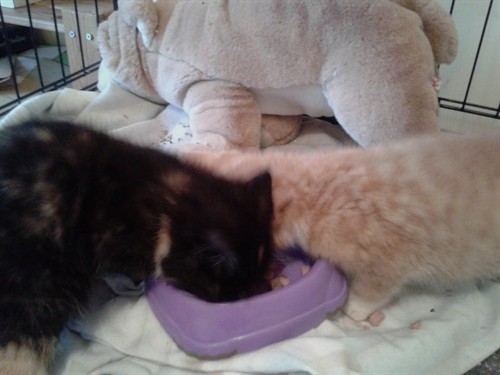 16th Oct 2014
Luckily a man out walking his dog noticed these kittens and contacted the LSPCA. They are two little beauties, really friendly and love their cuddles.

13th Oct 2014
This lovely mammy cat was dumped in The Swan, Laois with her six gorgeous kittens. Just imagine, trying to feed six kittens, forage for food herself to maintain her milk supply with no shelter from the rain and no access to regular meals.

6th Feb 2013
Allie was bathed and had her hair shorn to remove the sore and uncomfortable matts. She felt much better after it and was so much brighter.

6th Feb 2013
We received a call from a lady who rang looking for help for a stray dog that had turned up on her doorstep, she said it was in a bad way. One of our Volunteers went to meet the lady with the dog with the intention of holding it for the night. The sight he saw was horrifying.

29th Jan 2013
Friday night, we received a call from a lady who’s kitten was trapped in a drain. Two of our Volunteers called over and found that the curious kitten (don’t worry, it’s a happy ending) had crawled into an open pipe outside the back door. They weren’t long living there and hadn’t noticed it, or considered […]

11th Jan 2013
We received a call late this afternoon to say that an adult dog and 2 pups were seen in the Glendine Glenregan area of the Slieve Bloom Mountains. Both the dog and the puppies appeared in poor condition, quite thin and very nervous.

15th Sep 2012
This evening we were called by two very kind people who had seen a cat which appeared to be blind. Two of our volunteers responded and met the girls who made the report and quickly found the cat.

13th Sep 2012
Last night we received a call from someone who had seen a horse in poor condition in the woods near Shaen Hospital, Portlaoise.

8th Aug 2012
The 3rd National Feral Cat Awareness Week is just days away! (11th – 18th August). The aim of the week is to highlight the plight of feral and stray cats in Ireland, promote trap/neuter/return as a humane effective solution and educate the public on caring for these cats and improving their quality of life. Please […]

24th May 2012
We have set up a page on sponsor.ie so you can sponsor people fundraising for us and you can also make donations (including Laser payments) this way too. You can find us on Sponsor.ie here: sponsor.ie/charity/laoisspca