We received a call this afternoon from a young lady who said she had found a dog tied to a tree in a terrible condition. One of our volunteers responded immediately to the call and found the dog in a housing estate in Portlaoise, tied to a tree. The dog had been hidden in bushes and was well hidden away from the public eye. The volunteer could not believe what she saw, this poor dog huddled in the corner, shaking with fear as she approached him. He was untied and bundled up in a towel and rushed to the vets. He was immediately treated for shock, received anti-inflammatory and pain relief. He was also started on an antibiotic. His condition stabilized and he was made comfortable. He will be having x-rays tomorrow on his front right leg which is injured badly and he battles to put weight on it. He will also have his eyes examined as the mucous membranes in his eyes are very swollen and inflamed. The lacerations that this dog has all over him look to be bites which could possibly be linked to dog baiting. He already has old bite wound scars on his face.
To the person that did this….you watched this dog get into this condition, you then tied him up where no one could see him and left him there, knowing what injuries he had and you didn’t give a damn. How long has this dog been lying there in this condition?? What kind of human being could do something like this, how can you live with your actions??
We have reported this to the Garda and we are pleading for anyone with any information to please contact us. This has to STOP, this is just barbaric and unacceptable!! 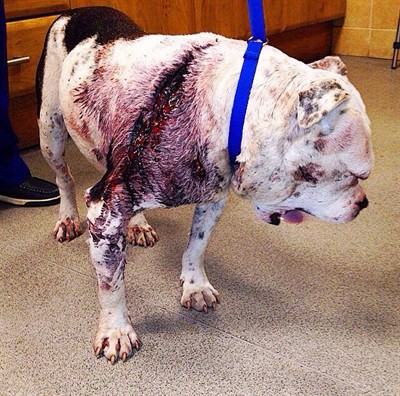 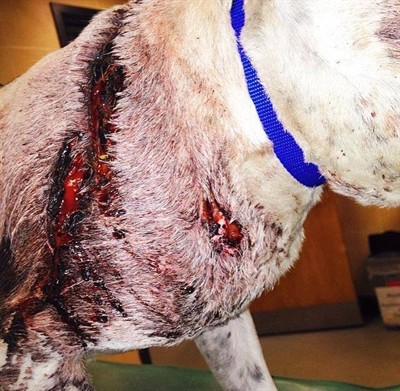 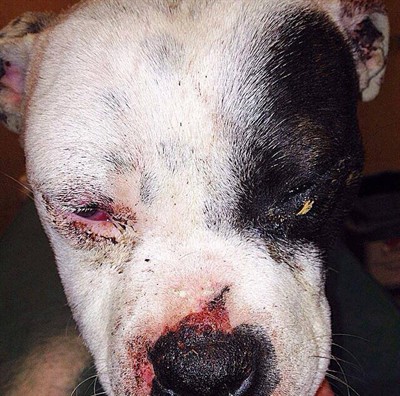 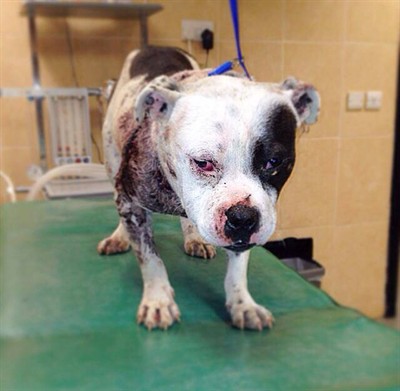